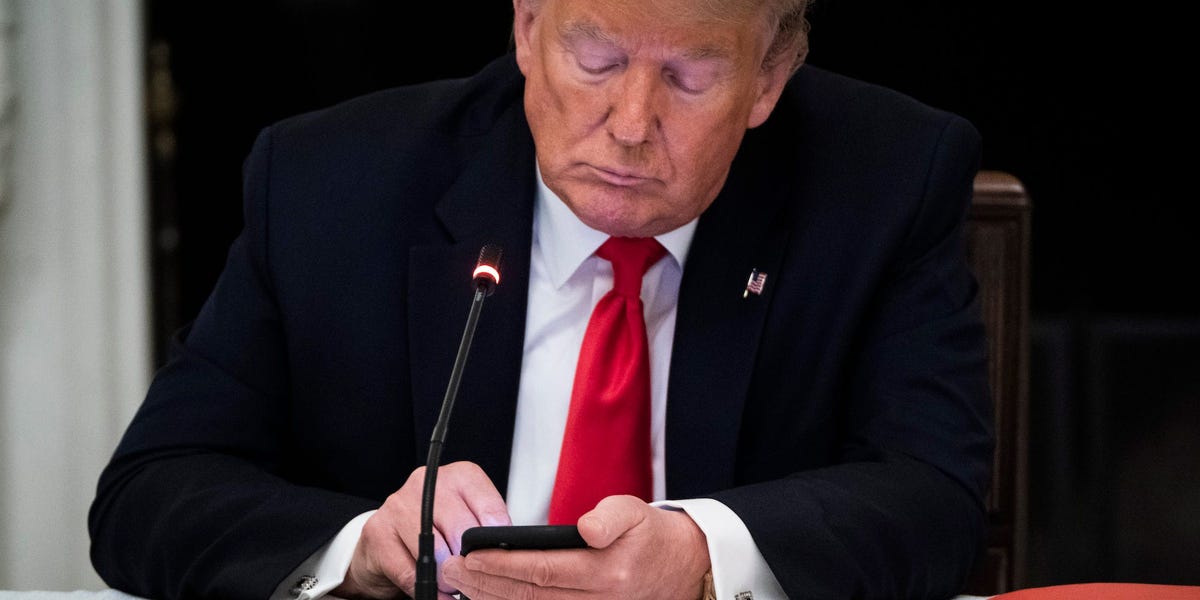 Insider confirmed the App Store listing, which says the app is “expected” on February 21. 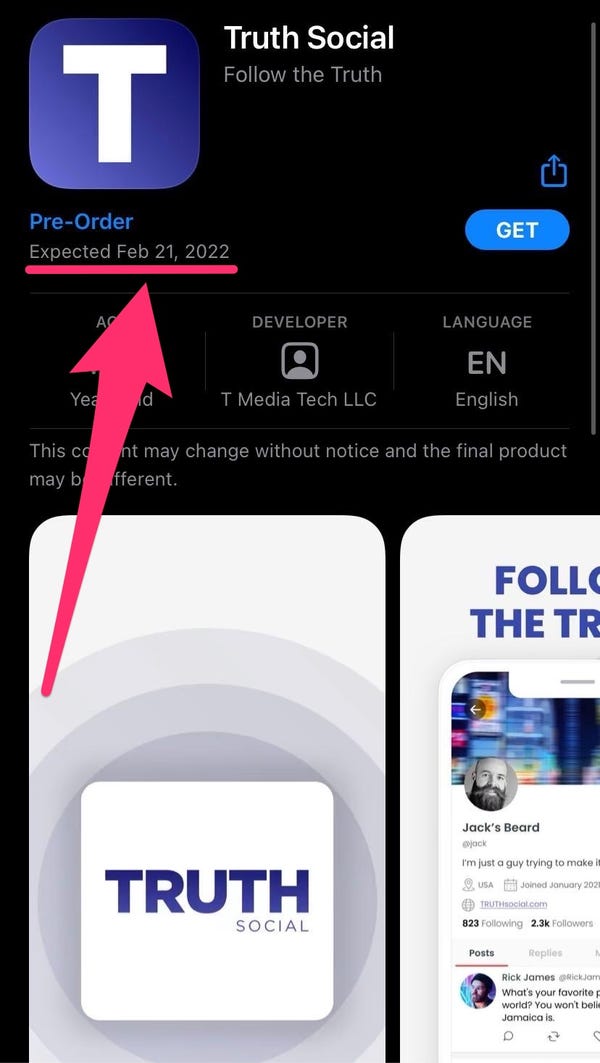 A source familiar with the matter told Reuters February 21, Presidents’ Day in the US, is the planned launch date for the app. TMTG did not immediately respond when contacted by Insider for comment.

At present, users can preorder Truth Social on the App Store and put their names on a waiting list.

Trump first announced his intention to launch Truth Social in October 2021. Images of Truth Social on the App Store bear a striking resemblance to Twitter.

President Trump was blocked from both Twitter and Facebook in January 2021, following the January 6 storming of the Capitol.

He posted a video to both platforms in which he made a baseless claim of election fraud and told rioters “go home. We love you; you’re very special.”

Twitter said in January 2021 it had permanently suspended Trump’s account due to “risk of further incitement of violence.”

Facebook initially suspended Trump indefinitely pending review in January 2021. In June, the social network said the suspension would remain in place for at least two years.

Thursday’s attempted attack on the FBI comes as the agency has faced backlash from right-wing media and some Republicans over the search warrant its agents served at Trump’s Florida estate, Mar-a-Lago. Attorney General Merrick Garland on Thursday spoke out about the raid for the first time, defending agents’ integrity and their investigation into whether Trump…

Grass Roots Community Activism and Action that raises funds to spend on our political messages, beliefs and activities. Our individual efforts are unlimited: We should be talking to family, friends, corporations, unions, etc. to prompt the 2022-2024 outcome of our state, federal and (more importantly) our next Presidential Election! Read More from the Source