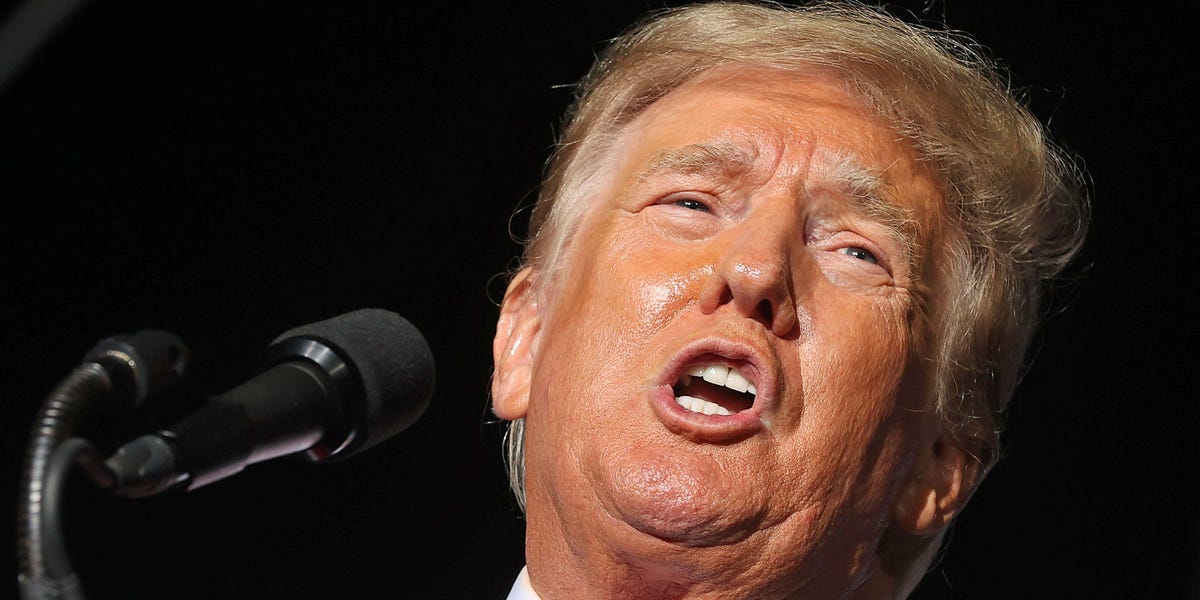 The former president on Wednesday announced the app while reaffirming his longstanding hostility toward “Big Tech” — specifically mentioning his permanent ban from Twitter.

“We live in a world where the Taliban has a huge presence on Twitter, yet your favorite American President has been silenced,” he wrote. “This is unacceptable.”

In a lawsuit filed against Twitter, Trump’s lawyers have made a similar argument as to why the former president should be reinstated on the social media platform.

While members of the Taliban government do have Twitter accounts, the site, along with Facebook and YouTube, has enforced varied bans against specific Taliban content in the wake of the group’s August takeover in Afghanistan. But as the extremist group begins a new reign, eager to prove themselves as a legitimate government on the world stage, the rules aren’t clear as to who or what should be banned, as Insider’s Hannah Towey and Heather Schlitz reported earlier this year.

Prior to August, the Taliban was banned from most social media platforms because it posted content primarily focused on attacks against the US, Emerson Brooking, a senior fellow studying social media and international security at the Atlantic Council’s Digital Forensic Research Lab told Recode earlier this year.

But now that the war with the US is over, the Taliban has adjusted their social media habits, instead focusing on using platforms to make press statements and provide information to citizens.

Trump, meanwhile, had his Twitter account permanently suspended in January, following the January 6 Capitol riot. The company cited a risk of “further incitement of violence” if the former president was allowed to keep his account.

Image: Sean Rayford/Stringer, MastodonHacking. Disinformation. Surveillance. CYBER is Motherboard’s podcast and reporting on the dark underbelly of the internet.Former President Donald Trump’s new social network ’Truth Social’ is seemingly a thinly disguised fork of popular social network codebase Mastodon.Users have already found ways to create accounts on the site despite it not officially launching until…

Our VisionIn the year 2021, the media pendulum has swung dangerously far to the left. Silicon Valley, the mainstream media, and Big Tech have begun to forcibly silence voices that do not align with their woke ideology. Big Tech platforms demonetize, throttle, and cancel those who stray from the mainstream narrative. They are not just…