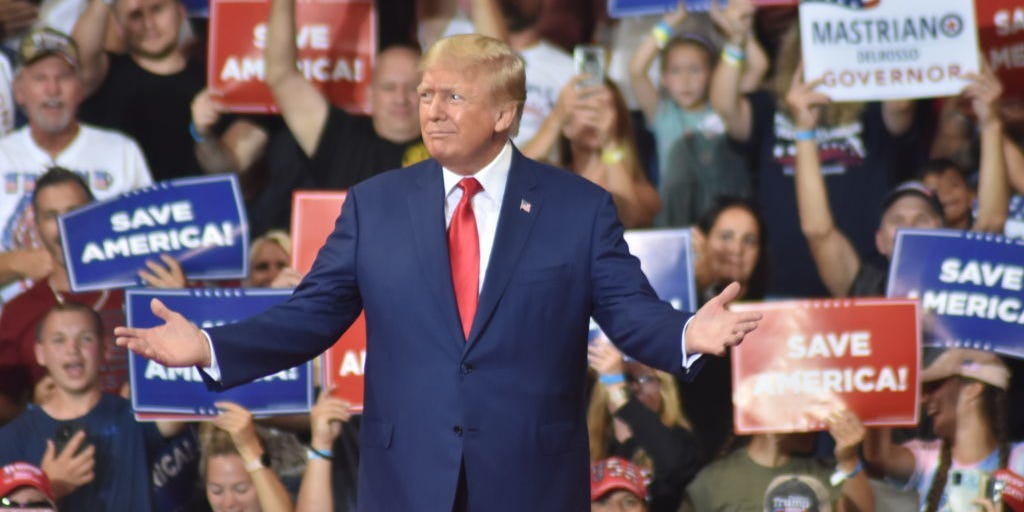 At a rally in Florida on Sunday, Trump said about the 2024 presidential election: “I will probably have to do it again, but stay tuned,” according to the New York Times. Separately, a report from Axios on Friday said that Trump’s team is discussing a launch of his potential 2024 election campaign on November 14.

Digital World is a SPAC that is scheduled to merge with Trump’s Truth Social media platform if it receives enough shareholder votes. The shareholder vote was adjourned until November 22, and the SPAC could again adjourn the vote until December 8 if it doesn’t receive enough votes later this month.

If the SPAC is unable to gain enough shareholder votes to merge with Truth Social, it will be forced to fold and return the money it raised to its investors.

Digital World has had a tumultuous year, with the stock down 66% year-to-date and off nearly 80% from its 52-week high. The SPAC has suffered primarily due to uncertainty about whether it will be able to close its merger with Truth Social, and due to new ownership at Twitter.

The SPAC has been in a consistent downtrend since Elon Musk announced his bid to acquire Twitter in April, and losses accelerated once it became clear Musk would close his $44 billion deal for the social media platform. That’s because Musk has signaled that he will re-evaluate the permanent suspension of Twitter accounts, and that could include Trump.

And if Trump is allowed back on Twitter, the appeal of an alternative social media platform could lose its luster for both Trump and investors.

Two top tech entrepreneurs have already quit working for Donald Trump’s Truth Social startup.Josh Adams and Billy Boozer, who served as the company’s chiefs of technology and product development, quickly became central figures in Trump’s effort to build a social media company, but they both resigned less than a year after joining the former president’s…